Posted on February 26, 2018 by divacontemporary 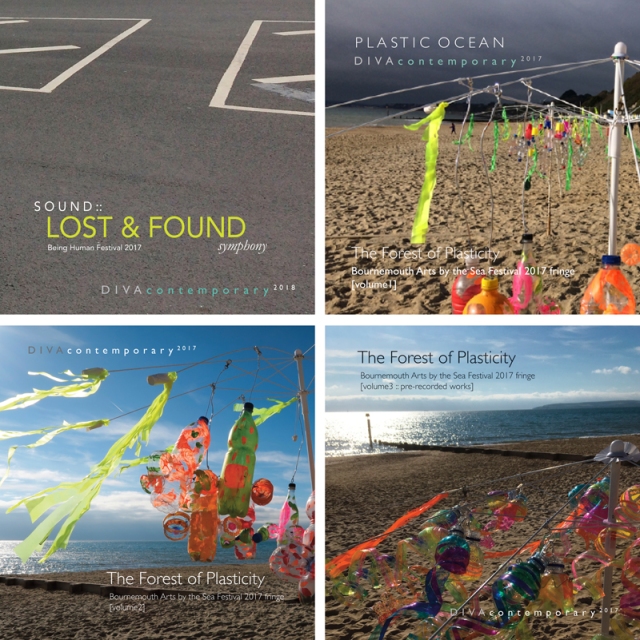 ‘sound: lost and found’ was an encounter with environment that focused on sound and listening. A circular walk from West Bay to Bridport, Dorset, and back. Seeking out ‘lost’ and ‘hidden’ sounds – from inside objects, underwater sounds and electromagnetic sounds, recordings made during the walk were used to realise the Lost and Found Symphony, a soundscape composition produced during a live, improvised performance at the Salt House, West Bay, Dorset.

The Being Human Festival led by the School of Advanced Study, University of London, in partnership with the Arts & Humanities Research Council and the British Academy.Event supported by Goldsmiths University, London, West Dorset District Council, friends and family on crowdfunder.

Plastic Ocean [The Forest of Plasticity volume1]
Link to download

Plastic Ocean opens with Kate Moran, recording the Pacific Ocean off the coast of Canada, speaking of the detrimental effects by humans of sound on whales, in a 2017 Radio 4 interview.

ivon oates and David Rogers played a mix of ‘plastic sounds’ as a response to recordings of whales and dolphins, using the very same materials that pollute the oceans, to highlight the impending catastrophic imbalance to the environment.

The piece ends with the devastating statistic that ….

Curated by Adrian Newton, a place of transformation and mutability. Where sound is plastic and plastic is sound. Sound art and experimental music by local and international artists, exploring sonic responses to ocean plastic.